From the “interesting women” reading list. It’s argued that Marchesa Luisa Casati was the third most painted woman in history – after the Madonna and Cleopatra. She was certainly one of the most ... Volledige review lezen

INFINITE VARIETY: The Life and Legend of the Marchesa Casati

She strolled Venice's Piazza San Marco clad only in a fur cloak, escorted by pet cheetahs on jeweled leashes; she adorned herself with snakes, live and stuffed, and accessorized an evening costume ... Volledige review lezen

Quentin Crisp (1908-1999) led a long and multifaceted life--from artist's model and commentator on style and etiquette to writer and theatrical and film performer. He is famous for his autobiography, The Naked Civil Servant.

Francesca Granata is assistant professor of fashion studies at the School of Art and Design History and Theory at Parsons School of Design, the New School. She is author of Experimental Fashion: Performance Art, Carnival and the Grotesque Body. 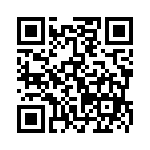