At the time the book came out it was very intriguing. Many of the predictions contained within came true faster than I couldve imagined. As a result the book is quite dated now. But still a great take on the interconnectedness of people and businesses on our planet. Volledige review lezen

great book and arrived on time.

Thomas L. Friedman has won the Pulitzer Prize three times for his work at The New York Times, where he serves as the foreign affairs columnist. He is the author of three previous books, all of them bestsellers: From Beirut to Jerusalem, winner of the National Book Award for nonfiction; The Lexus and the Olive Tree: Understanding Globalization; and Longitudes and Attitudes: Exploring the World After September 11. In 2005 The World Is Flat was given the first Financial Times and Goldman Sachs Business Book of the Year Award, and Friedman was named one of America's Best Leaders by U.S. News & World Report. He lives in Bethesda, Maryland, with his family. 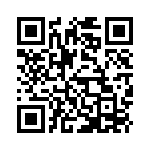