Pagina vii - They were nearly all Islanders in the Pequod, ISOLATOES too, I call such, not acknowledging the common continent of men, but each ISOLATO living on a separate continent of his own. Yet now, federated along one keel, what a set these Isolatoes were!
Komt voor in 93 boeken vanaf 1865-2008

LINDA COSTANZO CAHIR is Associate Professor of English at Centenary College. She has published in journals such as Melville Society Extracts, The Edith Wharton Review, and Literature/Film Quarterly, for which she also serves as a member of the Editorial Board. 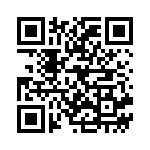