When I was a college student, I used to write papers for hire, nearly all for freshman English classes. It didn't hurt that I was sometimes the grader also, having been hired by two professors to read ... Volledige review lezen

Malcolm Cowley, critic, poet, editor, and translator, was an influential figure in American letters. The son of a Pittsburgh physician, Cowley studied at Harvard University and the University of Montpelier, "starved" in Greenwich Village, and lived in France, where he met the Dada crowd and worked on two expatriate magazines, Secession and Broom. From 1929 to 1944, he was associate editor of The New Republic. Perhaps the most famous work he wrote was his early book of poetry entitled, Blue Juniata (1929). As an editorial consultant to Viking Press, he pushed for the publication of Jack Kerouac's On the Road. His book The Faulkner-Cowley File: Letters and Memories, 1944-1962 documents his early recognition of William Faulkner. The Portable Faulkner was published at Cowley's instigation and under his editorship in 1946, when all 17 of Faulkner's books were out of print. Its publication had a profound effect -- virtually creating Faulkner's literary revival. Cowley died in 1989. 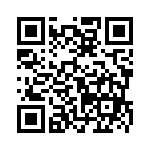