An interesting study of the interplay between mind and brain. Predominantly through studying of patents who have had their corpus callosum severed, thus separating the hemispheres of the brain, the ... Volledige review lezen

"We are people, not brains." That sums up the thrust of Gazzaniga's argument in "Who's in Charge?", adapted from his 2009 Gifford Lecture, a thorough and accessible look at trends in modern ... Volledige review lezen

Michael S. Gazzaniga is the director of the SAGE Center for the Study of the Mind at the University of California, Santa Barbara. He is the president of the Cognitive Neuroscience Institute, the founding director of the MacArthur Foundation's Law and Neuroscience Project, and a member of the American Academy of Arts & Sciences, the Institute of Medicine, and the National Academy of Sciences. He lives in California. 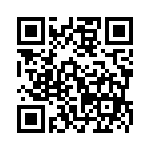