It's interesting looking into life of a mercenary and international gun runner. Volledige review lezen

David Tomkins was born in London in 1940. After a lengthy career as a safe-breaker and mercenary, he has now retired and lives in Basingstoke. 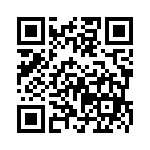