Craig Browne is a senior lecturer in the Department of Sociology and Social Policy, University of Sydney. Working in the area of critical social theory, he is co-editor of Violence in France and Australia: Disorder in the Postcolonial Welfare State (2010). 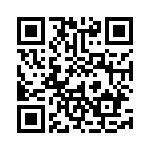