Pagina 114
... and by sound of music call upon others who had previously settled to join them . As soon as the party is formed , they proceed to different farmhouses within four or five miles 1 of the neighbourhood , where they are expected as 114.
Pagina 127
... accompanied with musicians , flags , & c , to be formed , composed of part of the corporation , with its inferior officers , & c , who are joined by several of the best mechanics of the place , each of whom carries a representation ...
Pagina 250
The apprentices and masters ' sons , however , formed the most showy part of the procession , their caps being richly adorned with ostrich feathers , flowers and knots of various coloured yarn , and their stuff garments being of the ... 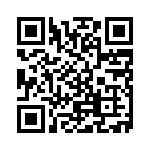