Pagina 142
The central and eastern part of the Gorgân Plain with relatively cold winters and
warm and humid summers (much of the inhabited area of the sub-provinces of Āq
Qal'a and Gonbad-e Qābus); and southern and southeastern mountainous ...
Pagina 143
19) observed precipitation totals of 588 mm for Gorgân and 1,097 mm for
Sāhpasand, while Pahlavi Dez and Gonbad-e Qābus received only 244 mm and
405 mm respectively. The decrease of the average precipitation is continued
towards ...
Pagina 154
Kramers, p. 382, tr. Kramers and Wiet, pp. 372-73). Arab invaders appeared in
Gorgân under Sa'id b. 'Ās as early as 30/650-51, when the malek of Gorgān (the
Sasanian marzbān?) agreed to pay a tribute of 200,000 dirhams (Baládori, Fotuh,
...

Ehsan Ollah Yarshater was born in Hamadan, Iran on April 3, 1920. He received a doctorate in 15th-century Persian poetry from the University of Tehran and a second doctorate in ancient Iranian languages from the School of Oriental and African Studies at the University of London. In 1958, he became a visiting professor of Indo-Iranian languages and religions at Columbia University. Three years later he was named Columbia's first chairman of Iranian Studies. In 1968, he founded the Center for Iranian Studies at Columbia. He founded and edited the Encyclopedia Iranica, a magnum opus of Iranian history and culture. He started the project in 1972 and retired as the editor in chief in 2017 at the letter K. He was also the editor of a 40-volume translation of the scholar al-Tabari's 10th-century history of the world and the founding editor of a classic multivolume series of Persian literature. He died on September 2, 2018 at the age of 98. 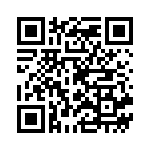