John Flavel (1630-1691) was an English Presbyterian clergyman, puritan, and author. John Flavel was born at Bromsgrove, Worcestershire and was educated at home and the University of Oxford. Ordained as a Presbyterian in 1650, though later a Congregationalist, he lived in Diptford (in Devon) and Dartmouth. As a nonconformist; he was ejected result of the Great Ejection of 1662. He moved the required 5 miles to Slapton and returned to Dartmouth to preach secretly under great personal risk. After the Declaration of Indulgence 1687, he became a minister of a Nonconformist Church there. He died at Exeter, Devonshire, on 26 June 1691. Flavel is commemorated in the name of Flavel Road on Bromsgrove's Charford Estate. He was a prolific and popular author. Among his works are A Saint Indeed (aka Keeping the Heart), The Mystery of Providence, Husbandry Spiritualised and Navigation Spiritualised, titles which suggest some of his characteristics as a writer. 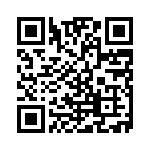