Richard Samuels is Ford International Professor of Political Science and director of the Center for International Studies. He has been head of the MIT Political Science Department, Vice-Chair of the Committee on Japan of the National Research Council, and chair of the Japan-US Friendship Commission. He has also been elected to the American Academy of Arts & Sciences and was awarded an imperial decoration, the Order of the Rising Sun, Gold and Silver Star by the Emperor of Japan and the Japanese Prime Minister. His study of the political and policy consequences of the 2011 Tohoku catastrophe is forthcoming from Cornell University Press. Samuels' Securing Japan: Tokyo's Grand Strategy and the Future of East Asia, was a finalist for the Lionel Gelber Prize for the best book in international affairs. Machiavelli's Children won the Marraro Prize from the Society for Italian Historical Studies and the Jervis-Schroeder Prize from the International History and Politics section of American Political Science Association. Earlier books were awarded prizes from the Association for Asian Studies, the Association of American University Press, and the Ohira Memorial Prize. His articles have appeared in Foreign Affairs, International Security, International Organization, Journal of Modern Italian Studies, National Interest, Journal of Japanese Studies, and Daedalus. 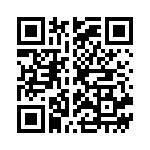