Katarzyna de Lazari-Radek is a Polish utilitarian philosopher, working as an assistant professor at the Institute of Philosophy at the University of Lodz. She received her PhD at the same university. She is the author of several articles in Polish and English on Henry Sidgwick, utilitarianism, bioethics, and philosophy for children.

Peter Singer first became well-known internationally after the publication of Animal Liberation in 1975. Since then he has written, co-authored, edited or co-edited more than forty other books, including Practical Ethics, The Expanding Circle, How Are We to Live?, Rethinking Life and Death, The Ethics of What We Eat (with Jim Mason), and The Life You Can Save. He was born in Melbourne, Australia, and educated at the University of Melbourne and the University of Oxford. Since 1999 he has been Ira W. DeCamp Professor of Bioethics in the University Center for Human Values at Princeton University, a position that, since 2005, he has combined with that of Laureate Professor at the University of Melbourne. In 2005 Time magazine named him one of the 100 most influential people in the world, and in 2012, he was made a Companion of the Order of Australia, the nation's highest civic honour. 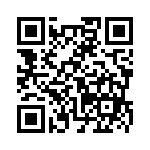