Edward Cowan is an Honorary Research Fellow in the School of Interdisciplinary Studies in Dumfries. Until 2009 he was Professor of Scottish History and Director of the Crichton Campus.He has written widely on the history of Viking Scotland, early modern Scottish political thought, Scottish popular culture and Scottish emigration history. He lives in Glasgow.R. Andrew McDonald is Professor of History at Brock University, Canada, where he was the founding director of the Centre for Medieval and Renaissance Studies. He is the author of many books, book chapters and articles on medieval Scottish, Hebridean and Manx history, including The Kingdom of the Isles: Scotland's Western Seaboard, c.1100-c.1336, and is co-editor of The Viking Age: A Reader and Alba: Celtic Scotland in the Middle Ages. 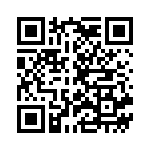