Pagina 90
He forced the King to dissolve the Government and , within a few hours , to appoint in its place another ' in which the influence of Maniu should be reduced . ' A Government was formed by the F.N.D. The National Peasant and National ...
Pagina 99
6 6 > Government in London , with its Prime Minister , Arciszewski , its Ambassador , Count Raczynski , and its other ambassadors , ministers , and consuls abroad — these , and these alone , are legal . The Government ' established in ...
Pagina 197
But this State was destroyed by the Russians with the help of the ' Polish Provisional Government of National Unity , commonly known as the Lublin Government , which was made up of fanatics , terrorists and political adventurers . 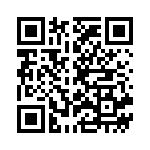