Pagina 50
It was river , but never saw a Dervish . still night , but over in the east At last , on the afternoon of there was a suspicion of dim- the second day , having made ness about the stars as we our distance , we rode down moved off .
Pagina 807
At least I peasantry . promised myself we should soon Monday morning , being mar- be in a train , on our way to ket day , the lock - keeper's wife , that delectable river , the Dorwith her jennet and trap , was dogne , free from the ...
Pagina 808
But the river will change . Almost at die was cast . M. was entirely once we were in long quiet unafraid and composed , so we reaches , under weeping lime paddled off across the quiet and beech , whose over - shadowpool towards the ... 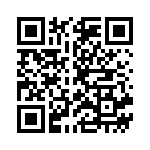