Pagina 70
Leo was impressed with his “extraordinary seeing eyes"; his gaze was so intense
, Leo reported, that after Picasso had looked at a drawing or a print one felt,
literally, that his eyes had absorbed everything on the paper. But as a personality
he ...
Pagina 137
Since the educated and tradition-biased eye of the critic is, in a sense, the least
pure, the least prone to erase its memories, it is little wonder that in the furies of
aesthetic polemics the paintings themselves were at times all but forgotten.
Pagina 397
“A writer does not write with his ears or his mouth, he writes with his eyes,” she
said. “It is his eyes that make his writing, sound is not of any interest to him, ears
and mouth useless from the standpoint of writing, all he needs are his eyes and
his ... 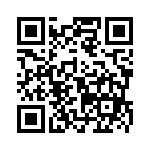