Pagina 244
The Count observes that above twenty years have elapsed since the arseniate of copper was first discovered , either in Carrarach mine in the parish of Gwennap , or in Tincroft mine in the parish of Allogan .
Pagina 247
After the quantity of water has been estimated , the remainder may be treated by either of the fixed alkalis , which will combine with the acid , and leave the brown , the only real , oxide of copper , in the same state as that in which ...
Pagina 249
Ammonid , poured in excess into the muriatic solution , redissolved 22,5 , which were copper ; and 27 ,; of iron remained . By this method , the two following analyses were performed : Cupreous Arseniate of Iron . 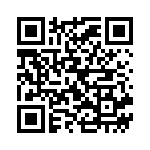