What amazing lectures these are , it really shows you that Ministry is a serious matter once your done with this i recommend you read Christian ministry by Charles Bridges. Best thing you can do if ... Volledige review lezen

A must have for all Theological students! Lectures to my students will keep your feet firmly on the ground while grasping the importance for traditional christian values. One of the best books I have read! Volledige review lezen

Charles H. Spurgeon (1834-1892) was a British Baptist preacher who remains highly influential among Christians of different denominations, among whom he is still known as the "Prince of Preachers." He preached his first sermon, from 1 Peter 2:7, in 1851 at 16 and became pastor of the Church in Waterbeach in 1852. He published more than 1,900 different sermons and preached to around 10,000,000 people during his lifetime. In addition, Spurgeon was a prolific author of many types of works including an autobiography, a commentary, books on prayer, a devotional, a magazine, poetry, hymnist and more. Many sermons were transcribed as he spoke and were later translated into many languages. Arguably, no other author, Christian or otherwise, has more material in print than C.H. Spurgeon. 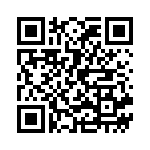