Pagina 85
II In August , 1918 , as the German Army was retreating slowly , but steadily , under the continuous pressure of the Allies , the possibilities of peace overtures were contemplated in German Governmental circles .
Pagina 91
This Government appeals to the United Nations for a peace of Justice based upon the principles of the Atlantic Charter . Such a repetition of the manoeuvre of 1918 must fool nobody : it is by the Nazis , and no others , that the ...
Pagina 195
Or it may , when won , be crowned by an unjust peace , in which case , it will have been converted , retroactively , as it were , from a just into an unjust war . What are the prospects of a just peace ? None too good , it would seem ! 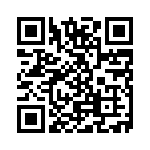