Brian Patrick Mitchell is the former Washington Bureau Chief of Investor's Business Daily. As a veteran political reporter and author, Mitchell has appeared on dozens of television and radio shows, including Face the Nation, Larry King Live, Today, Crossfire, and Nightline. He also has been a guest speaker at Harvard's Kennedy School of Government, the University of Pennsylvania, the University of Connecticut, and Catholic University of America. 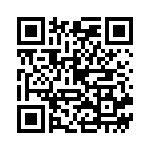