David Blewett is Professor of English at McMaster University, and the Editor of Eighteenth-Century Fiction. 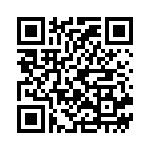