Woolf thinks that despite Montaigne, the English may be said to own the essay because of its peculiar popularity among them. “You can say in this shape what you cannot with equal fitness say in any ... Volledige review lezen

The essays of Virginia Woolf

It has been known for some time that Woolf was molested by her Duckworth half-brothers. Drawing on Woolf's published and unpublished writings, on writings by the Stephen family, and on the recent ... Volledige review lezen

Virginia Woolf was born in London, England on January 25, 1882. She was the daughter of the prominent literary critic Leslie Stephen. Her early education was obtained at home through her parents and governesses. After death of her father in 1904, her family moved to Bloomsbury, where they formed the nucleus of the Bloomsbury Group, a circle of philosophers, writers, and artists. During her lifetime, she wrote both fiction and non-fiction works. Her novels included Jacob's Room, Mrs. Dalloway, To the Lighthouse, Orlando, and Between the Acts. Her non-fiction books included The Common Reader, A Room of One's Own, Three Guineas, The Captain's Death Bed and Other Essays, and The Death of the Moth and Other Essays. Having had periods of depression throughout her life and fearing a final mental breakdown from which she might not recover, Woolf drowned herself on March 28, 1941 at the age of 59. Her husband published part of her farewell letter to deny that she had taken her life because she could not face the terrible times of war. 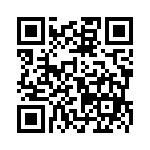