Pagina 157
... in order that his unmatched collection It is , I believe , more than a dozen years of Cromwell printings should not come under since this brewer was transferred from my the auctioneer's baton , or any of its volumes father's station ...
Pagina 1
Elizabeth , whose father having the same Christian names and order is entered in the Tring . Church Register as of birth , and , as seen by their wills , of corre- " Mr. ” Lawrence Washington , became Mrs. sponding ages .
Pagina 12
Her grandfather , John his father , who had it ... Elizabeth Barnesley , of a life interest in the estate , for Mrs. Morris " Trysull , sister of William Barnesley , father tells me that her father only came into of Mrs. Harriotts . 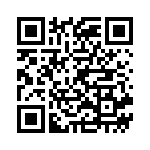