Milton Glaser is an internationally known artist and illustrator. Born on June 26, 1929 in New York City, he studied at the Academy of Fine Arts in Bologna, Italy. He has had an eclectic career, starting the Push-Pin design studio in 1954 while teaching at the School of Visual Arts. Collections of his designs appear in book form, including Milton Glaser: Graphic Design and The Underground Gourmet Cookbook. Glaser is perhaps best known for his creation of the I Love NY logo, but he has also created numerous other logos for various entities, including the one for Tony Kushner's Pulitzer Prize- winning play, Angels in America. In 1968 he co-founded New York magazine, and in 1974, his own company, Milton Glaser Inc. In 2004, Glaser won a National Design Award Lifetime Achievement from the Cooper-Hewitt National Design Museum. In 2009, he was awarded the National Medal of Arts by President Barack Obama.

Mirko Ilic is founder of Mirko Ilic Corp., in New York City. He has received medals from Society of Illustrators, Society of Publication Designers, Art Directors Club, I.D. Magazine, and Society of Newspaper Design. Ilic is co-author of The Anatomy of Design with Steven Heller and co-author of The Design of Dissent with Milton Glaser. http://www.mirkoilic.com 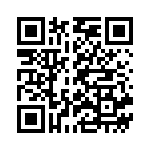