Pagina 3
Alice B . Toklas did hers and now anybody will do theirs . Alice B . Toklas says
and if they are all going to do theirs the way she did hers . In the first place she
did not want it to be Alice B . Toklas , if it has to be at all it should be Alice Toklas
and ...
Pagina 4
Yes and Alice Toklas hung up . Later on in the day I never get up early I get up as
late as possible I like not to get up in the morning and no one ever wakes me
anyway I was told about it and was pleased , then suddenly the next day I said
but I ...
Pagina 9
CHAPTER 1 What happened after The Autobiography of Alice B . Toklas I always
remembered that Victor Hugo said that if it had not rained on the night of the 17th
of June , 1815 , the fate of Europe would have been changed . Of course it is ...

Famous writer Gertrude Stein was born on February 3, 1874 in Allegheny, PA and was educated at Radcliffe College and Johns Hopkins medical school. Stein wrote Three Lives, The Making of Americans, and Tender Buttons, all of which were considered difficult for the average reader. She is most famous for her opera Four Saints in Three Acts and The Autobiography of Alice B. Toklas, which was actually an autobiography of Stein herself. With her companion Alice B. Toklas, Stein received the French government's Medaille de la Reconnaissance Francaise for theory work with the American fund for French Wounded in World War I. Gertrude Stein died in Neuilly-ser-Seine, France on July 27, 1946. 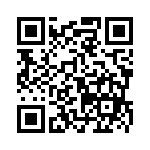