Pagina 93
Surrealism does not present itself as the exposition of a new doctrine . Certain ideas which serve it today as a point of departure must not be allowed to prejudice its later development . This first number of La Révolution surréaliste ...
Pagina 156
At the specified date and time , the meeting was opened under the presidence of Max Morise ; present were Alexandre , Aragon , Arp , Audard , Bernard , Breton , Caupenne , Crevel , Daumal , Delons , Duhamel ( though excluded ) ...
Pagina 197
... of capitalism toward a destructive contradiction , the socialization of the means of production as the goal of the present historical process , the class struggle as an historical factor and the source of essential moral values . 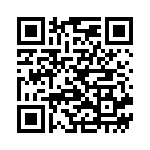