I think I'm probably not alone in disliking academic books with a lot of sociological theory: I always want to get at the meat of the book without learning a lot of jargon to describe concepts that ... Volledige review lezen

Wiebe E. Bijker is Professor at Maastricht University and the author of Of Bicycles, Bakelites, and Bulbs: Toward a Theory of Sociotechnical Change (MIT Press) and other books. 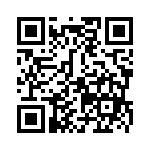