Adidas Wilson was born in Chicago, Illinois, surviving a near death experience driving off a bridge in an 18 wheeler and getting hit by a train. Adidas has dedicated his time and effort to educate, motivate, and inspire people around the world to make positive lifestyle changes. Adidas enrolled at the University of Phoenix graduating with a bachelor's in Healthcare Management. Also studying Health care Informatics - Master Degree program at Lipscomb University. Amazon Best Seller's List and mentioned in Entrepreneur Magazine. 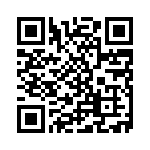