Pagina 34
29 , devotes a paragraph to the descripone Colmans are enumerated in the same work . tion of a cannon at Inverary Castle recovered from EDWARD H. MARSHALL , M. A. the wreck of the Florida , one of the ships of the Hastings .
Pagina 84
Then , mean and gentle all , earlier commentators , that it was a prompter's direcBehold as may unworthiness define . tion mistaken for part of the text , i . e . , “ GreenHe was right so far in supposing that the ex- fields to have his ...
Pagina 192
BOUCHIER against the asserI think , the instrument might be made of wood : tion of the Edinburgh Review that Virgil has fallen first , a long funnel , pierced with holes , for use in from his pedestal , and that his worship is a bygone ... 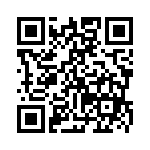