Pagina 183
In English and German the prefix of contour , he derived the appellation from a mies or mis is employed in a parallel sense with source which , developed , would unfold the rethe French més . This particle is purely Teutonic , posing ...
Pagina 226
also just established a Mechanic's Institute — the conversion of Norman words into English certain first in the United Kingdom and the world . Then processes were gone through , one of which is well Henry Brougham was a trustee of the ...
Pagina 418
--We can recommend the following works : The Royal Phraseological English - French , French - English Dictionary , by J. C. Tarver , 2 vols . 1853-4 , 8vo , 25s . Also , General French and English Dictionary , by A. Spiers , 2 vols . 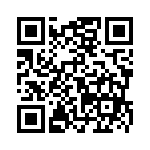