Pagina 273
which consisted consisted of shovels , We arrived off Yerissos at picks and crowbars , coils of dawn , and anchored ... An English officer who had just hour after the ship's arrival a come ashore . launch towing a cutter , bearing Yes ...
Pagina 334
The great days , it arrived on the 9th David had once visited L'Orient , September . Shortly afterwards and , according to him , L'Orient , St Clair received positive orders though very strong on the side to make a raid on the French of ...
Pagina 425
On our arrival at headquarters , the aforesaid Palace of Nowhere , the Marshmen told us that the largest of the various ... westerly direction , you will find that that is where you have arrived , as soon as it is light enough to see . 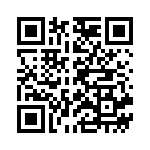