Pagina 82
He was by training a doctor (like Chekhov before him), and began writing during
the years of the Russian Civil War. He moved to Moscow in 1921, where he
continued his literary career writing journalistic articles, prose and, in the late
1920s, ...
Pagina 83
Bezdomnyi witnesses this, and, horror-stricken, chases the stranger around
Moscow, believing him to be a dangerous spy. Here he encounters strange
things: a huge black cat boarding a tram and tendering its fare; a radio playing
the opera ...
Pagina 174
Nikolai Ostrovskii Anninskii, Lev, «Kok 3aKajuuiacb cmanb» Hukonoh
OcmpoecKozo, 3rd corrected edn, Moscow, Khudozhestvennaia literatura, 1988.
Gunther, Hans, 'Education and Conversion: The Road to the New Man in the
Totalitarian ... 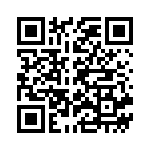