Hugh MacDiarmid, one of the greatest figures in 20th century Scottish literature and the pen name of Christopher Murray Grieve, was born on August 11, 1892 in Langholm, Scotland. After MacDiarmid served during World War I, he held jobs in political offices and as a teacher and a journalist. MacDiarmid published the poem "Annals of the Five," and "A Drunk Man Looks at the Thistle," his most famous work. Hugh MacDiarmid died on September 9, 1978 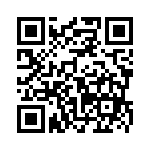