Pagina 345
... tained the party of the Emperor , reinforced them , and after a long and held
Monte Mario , the Lateran , the terrible fight the fortunes of the day Porta del
Popolo , the Mausoleum of again changed , and the Imperial party Augustus ,
and Sta ...
Pagina 351
The papal party now besieged to Urban , such was the rage of the the Castle ,
attacking it with ma- people against it for the injury it chines and artillery , but for a
year's had caused them during the siege , space it held out . Finally , on the that ...
Pagina 604
That formation , however , did ing , if the party had not been a very not long
subsist ; very soon the party happy or harmonious one , at least was broken up
into couples , of which there had been some spirit and energy Tainsh and Mrs. M'
Killop ... 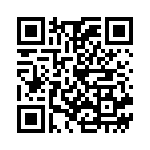