Pagina 279
Three more titles , ' Sartre , ' by Iris Murdoch , ' Rivičre , ' by Martin Turnell , and Mistral , ' by Rob Lyle , have been added to the series Studies in Modern European Literature and Thought ' ( Bowes and Bowes ) .
Pagina 376
If that be so , the Church , when warning against the defects of much ' modern thought , ' may have been wise when those who scorned her were not . As Gilbert Chesterton said ( " The Catholic Church and Conversion , ' ed . 1951 , p .
Pagina 222
It showed , as they thought , not the slightest disposition to take heed of the vast addition to human knowledge which the previous three centuries had brought about . What was imparted in the seminaries was only an arid dogmatism . 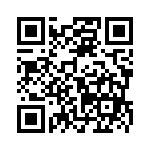