Pagina 70
Non - Christians may be referred to Cicero : ' There is a true law , a true reason , agreeable to Nature , known to all men , constant and eternal , which calls men to duty , which commands and forbids . It is not lawful to amend this ...
Pagina 271
That , if true , would be a heavy indictment . But it is not true . On the other hand , the charge may be construed to mean that Conservatism , more than most creeds , is aware of the magnitude and complexity of problems , that it ...
Pagina 312
It is true that the grades are stratified by the colour of men's skins , but was it after all so long ago that in England Disraeli felt impelled to write of another but almost equally hard levelling , that of the Two Nations ' ? 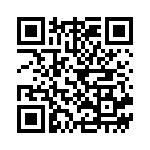