This book is breathtaking in its historical scope, research, and in the author's ability to explain complex concepts in astronomy and physics to those of us without advanced degrees in those fields. On top of all that Ferris is a superb writer. Volledige review lezen

I owned this for the longest time and have decided to cull it. The reviewer that said (effectively) 'light on science, heavy on personalities' convinced me. Volledige review lezen

Timothy Ferris was born on August 29, 1944, in Miami, Florida. He graduated from Northwestern University with a B.A. in 1966 and did graduate work from 1966-1967. Ferris is the author of Coming of Age in the Milky Way, for which he was awarded the American Institute of Physics Prize and nominated for a Pulitzer Prize; The Red Limit; The Whole Shebang: A State of the Universe(s) Report; Galaxies; The Mind's Sky; The Science of Liberty: Democracy, Reason, and the Laws of Nature, and other popular books on astronomy and physics. He has received the American Institute of Physics Prize, the American Association for the Advancement of Science Prize, the Klumpke-Roberts Prize, and a Guggenheim Fellowship. Books by Ferris have been nominated for the National Book Award and the Pulitzer Prize. His PBS special, The Creation of the Universe, won an Emmy nomination in 1986. In addition to his books, Ferris is a former editor of Rolling Stone magazine and has authored more than 100 articles, essays, and reviews in such publications as Esquire, Nature, The New Republic, The New York Times Book Review, and Reader's Digest. He is a regular contributor to The New Yorker, writes a column for Scientific American, has served as an essayist for The MacNeil-Lehrer News Hour, and is a commentator for National Public Radio's All Things Considered. Ferris produced the Voyager phonograph record, an artifact of human civilization containing music, the sounds of Earth, and encoded photographs, that was launched aboard the Voyager spacecraft. He serves as a consultant to NASA on long-term space exploration policy. A polymath scholar, Ferris has taught in five disciplines at four universities including City University of New York and University of Southern California. Professor Ferris lives with his wife and family in San Francisco and teaches at the University of California, Berkeley, in the departments of journalism and astronomy, where he is an emeritus professor. 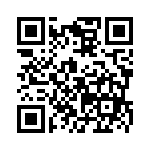