Robert Burden is Reader in English Studies in the School of Arts and Media at the University of Teesside, UK where he teaches modern literature and culture. He is the author of "Radicalizing Lawrence" (Rodopi, 2000), and is writing a book on travel writing, gender, and imperialism.
Stephan Kohl is Professor of English and Cultural Studies at Wurzburg University. He publishes on 19th and 20th-century British literature and culture. He is editor of " Anglistik: Research Paradigms and Institutional Policies, 1930-2000 (2005). 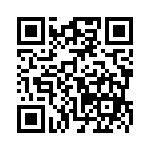