Pagina 437 - And I saw another angel fly in the midst of heaven, having the everlasting gospel to preach unto them that dwell on the earth, and to every nation, and kindred, and tongue, and people, saying with a loud voice, Fear God, and give glory to him ; for the hour of his judgment is come : and worship him that made heaven, and earth, and the sea, and the fountains of waters.
Komt voor in 924 boeken vanaf 1755-2008
Pagina 313 - And the second angel sounded, and as it were a great mountain burning with fire was cast into the sea ; and the third part of the sea became blood : 9 And the third part of the creatures which were in the sea, and had life, died ; and the third part of the ships were destroyed.
Komt voor in 652 boeken vanaf 1755-2008
Meer
Pagina 34 - And the third angel sounded, and there fell a great star from heaven, burning as it were a lamp, and it fell upon the third part of the rivers, and upon the fountains of waters. And the name of the star is called Wormwood; and the third part of the waters became wormwood; and many men died of the waters, because they were made bitter.
Komt voor in 763 boeken vanaf 1755-2008
Pagina 369 - And I saw, and behold a white horse: and he that sat on him had a bow; and a crown was given unto him: and he went forth conquering, and to conquer.
Komt voor in 834 boeken vanaf 1755-2008
Pagina 267 - BY THE rivers of Babylon, there we sat down, yea, we wept, when we remembered Zion. We hanged our harps upon the willows in the midst thereof. For there they that carried us away captive required of us a song; and they that wasted us required of us mirth, saying, Sing us one of the songs of Zion.
Komt voor in 893 boeken vanaf 1805-2008
Pagina 159 - And I John saw these things, and heard them. And when I had heard and seen, I fell down to worship before the feet of the angel which shewed me these things.
Komt voor in 772 boeken vanaf 1625-2008
Pagina 84 - When the poor and needy seek water, and there is none, and their tongue faileth for thirst, I the Lord will hear them, I the God of Israel will not forsake them. I will open rivers in high places, and fountains in the midst of the valleys: I will make the wilderness a pool of water, and the dry land springs of water.
Komt voor in 1059 boeken vanaf 1611-2008
Pagina 426 - After this I saw in the night visions, and behold, a fourth beast, dreadful, and terrible, and strong exceedingly, and it had great iron teeth: it devoured and brake in pieces, and stamped the residue with the feet of it; and it was diverse from all the beasts that were before it, and it had ten horns.
Komt voor in 571 boeken vanaf 1802-2008
Pagina 374 - And the rest of the men which were not killed by these plagues yet repented not of the works of their hands, that they should not worship devils, and idols of gold, and silver, and brass, and stone, and of wood; which neither can see, nor hear, nor walk: 21 Neither repented they of their murders, nor of their sorceries, nor of their fornication, nor of their thefts.
Komt voor in 593 boeken vanaf 1181-2008
Pagina 260 - And the angel which I saw stand upon the sea and upon the earth lifted up his hand to heaven. And sware by him that liveth for ever and ever, who created heaven, and the things that therein are, and the earth, and the things that therein are, and the sea, and the things which are therein, that there should be time no longer...
Komt voor in 762 boeken vanaf 1181-2008
Minder

The anointing received is the deciding factor of the truth on this subject, which is unparallel in content as being current, biblical and to the point. Why are you angels here, where are you coming from and do you give a ?damn? where you are going!? This book intend to bring a resolution to these questions and if eternal damnation is obvious, redemption is also plausible; as one extremity has a equal opposite, except in the case of God. The tenets also brought forward is capsule in much teaching on the dealings of angels, which I perceive not all angels grasp the full extent thereof and so, as said, they too, being excellent in knowledge and wisdom far beyond humanity will learn what was not told them. As such, the true author is God and not the human pen, hence not only divine, but the clear fact that not the human blogger but God saying, "Angels, Let's Talk!" Such a time has come for dialogue, such a time has come to repent, such a time has come to look to God, such a time has come to receive what you have been waiting for and such a time has come to "work out your own salvation with fear and trembling" (Php 2:12). "Come now, and let us reason together, saith the LORD: though your sins be as scarlet, they shall be as white as snow; though they be red like crimson, they shall be as wool" (Isaiah 1:18). 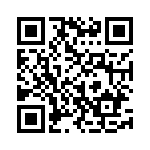