Bridget Carrington’s doctoral research investigated the early history of novels for young adult girls. A retired primary teacher, she writes about and reviews a wide range of children’s literature. She has contributed to the Oxford Encyclopedia of Children’s Literature (2005) and the Oxford Dictionary of National Biography, and examined the novels of Flora Shaw in A Victorian Quartet: Four Forgotten Women Writers (edited by L. Thiel, E. Lomax, B. Carrington and M. Sebag-Montefiore, Pied Piper Publishing, 2008). She is Editor of the Journal of Children’s Literature Studies.

Jennifer Harding is a freelance editor and indexer with a regular clientele ranging from children’s literature to politics and mathematics. Formerly a lecturer in further education for seventeen years, she followed this with fifteen years with a well-known educational publisher as an in-house editor. She edited What Do You See? International Perspectives on Children’s Book Illustration (Cambridge Scholars Publishing, 2008), with Pat Pinsent; and Deep into Nature: Ecology, Environment and Children’s Literature (Pied Piper Publishing, 2009), with Elizabeth Thiel and Alison Waller. She is Associate Editor of IBBYLink, the journal of IBBY UK. 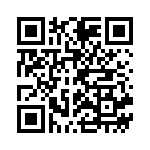