It is not only a reflection on me that I managed to read 30 or 40 pages of this book before realizing that I had read it before, more than fifteen years ago, translated under the title Black Snow. It is inconceivable that something similar could happen with even the first two paragraphs Volledige review lezen

Bulgakov knows how to write a fine novel - this one all about the hilariously bizarre and frustrating world of stage plays. It ends very abruptly, but the author was about to die. A shame, but it can be more than excused. A wonderfully funny book. Volledige review lezen

Mikhail Afanasevich Bulgakov was a Russian playwright, novelist, and short-story writer best known for his use of humor and satire. He was born in Kiev, Ukraine, on May 15, 1891, and graduated from the Medical School of Kiev University in 1916. He served as a field doctor during World War I. Bulgakov's association with the Moscow Art Theater began in 1926 with the production of his play The Days of the Turbins, which was based on his novel The White Guard. His work was popular, but since it ridiculed the Soviet establishment, was frequently censored. His satiric novel The Heart of a Dog was not published openly in the U.S.S.R. until 1987. Bulgakov's plays including Pushkin and Moliere dealt with artistic freedom. His last novel, The Master and Margarita, was not published until 1966-67 and in censored form. Bulgakov died in Moscow on March 10, 1940. 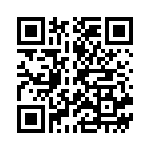