William Lad Sessions is Ballengee 250th Anniversary Professor of Philosophy and Chair of the Philosophy Department at Washington and Lee University. He is author of The Concept of Faith. 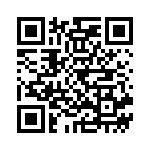