Sir Walter Scott was a Scottish novelist, playwright and poet who earned worldwide celebrity for his writing in the early nineteenth century. Born and educated in Edinburgh, Scott s first literary success came when a childhood friend established a printing house and offered to publish his poetry. Despite earning some success as a poet, Scott decided to publish his first novel anonymously, and released Waverly in 1814. As The Author of Waverly, Scott went on to publish dozens of novels, short stories, and poems, including Ivanhoe, Rob Roy, and The Lady of the Lake. He died in 1832 at the age of 61. 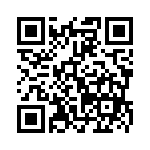