In the first part, Kojčve is concerned with rendering accessible Hegel's master-slave dialectic and giving a mythical account of it as the first meeting of two persons. My interpretation of Kojčve's ... Volledige review lezen

A Brief Note on Tactics, July 23, 2006 This book, an 'Introduction to the Reading of Hegel', is a collection of transcripts and notes collected and edited by Raymond Queneau, that is the true ... Volledige review lezen 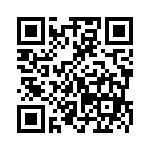