Once one of the most popular English poets of the century, Masefield has fallen into undeserved neglect since his death. He was born in a Victorian house with rural vistas, which he later recalled as "living in Paradise." In childhood, he had a series of intense, visionary experiences inspired by both nature and literature, which gave him a habitual sense of participation in a greater life. These had weakened by 1891, when he entered training for the merchant naval service. An officer on the White Star Line's Adriatic, he jumped ship in New York in 1895 and roamed across America. He returned to England two years later when a recovery of his intense childhood visions convinced him he could succeed as a writer. Masefield excelled more at narrative than at symbolism. His first book, "Salt Water Poems and Ballads" (1902), displayed the allegiance to outcasts and wanderers that marks his subject matter. The musicality of that volume derives partly from the strong early influence of W. B. Yeats. Increasingly, Masefield experimented with colloquial diction, particularly from the lower classes. His "The Everlasting Mercy" (1911) recounted the conversion of a rural scoundrel in language that astonished many readers. Highly prolific, he produced more than 20 volumes of fiction, 17 plays, and other prose work besides his major volumes of poetry. Masefield still appeals particularly to the common reader. He was appointed poet laureate in 1930. 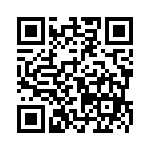