This is a superbly edited and very accessible collection. Oates has carefully balanced the pieces across a wide array of variables - chronology, subject, length, and style. There is some overlap ... Volledige review lezen

A generous anthology of 46 stories, written between the late-18th century and the present, representing the genre characterized by editor Oates (in her Introduction) as "the surreal, raised to the ... Volledige review lezen

In addition to many prize-winning and bestselling novels, including We Were the Mulvaneys, Black Water, Because It Is Bitter and Because It Is My Heart, and Broke Heart Blues, Joyce Carol Oates is the author of a number of works of gothic fiction including Haunted: Tales of the Grotesque, a World Fantasy Award nominee; and Zombie, winner of the Bram Stoker Award for Best Horror Novel, awarded by the Horror Writers' Association. In 1994, Oates received the Bram Stoker Lifetime Achievement Award in Horror Fiction. She is the editor of American Gothic Tales. She lives in Princeton, New Jersey. 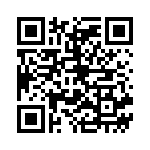