Sabine MacCormack is Theodore Hesburgh Professor of Arts and Letters at the University of Notre Dame. Her books include Religion in the Andes: Vision and Imagination in Early Colonial Peru (Princeton). 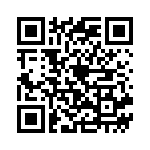