Rick Graziani teaches computer science and computer networking courses at Cabrillo College in Aptos, California. Prior to teaching, Rick worked in the informationtechnology field for Santa Cruz Operation, Tandem Computers, and Lockheed Missiles and Space Corporation. He holds an M.A. in Computer Science and Systems Theory from California State University Monterey Bay. Rick is also a member of the Curriculum Development team for the Cisco Networking Academy since 1999.

When Rick is not working, he is most likely surfing at one of his favorite Santa Cruz surf breaks.

Bob Vachon is a professor in the Computer Systems Technology program at Cambrian College in Sudbury, Ontario, Canada, where he teaches networking infrastructure courses. He has over 30 years of work and teaching experience in the computer networking and information technology field.

Since 2001, Bob has collaborated as team lead, lead author, and subject matter expert on various CCNA, CCNA-S, and CCNP projects for Cisco and the Cisco Networking Academy. He also authored the CCNA Accessing the WAN Companion Guide and the CCNA Security (640-554) Portable Command Guide. He is the coauthor of the Cisco Press book Routing Protocols Companion Guide.

In his downtime, Bob enjoys playing the guitar, shooting darts or pool, and either working in his gardens or white-water canoe tripping. 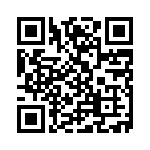