Pagina 262
The coast of Karmania or Kerman , next the sea , is generally a low and narrow stripe below the mountains , arid , and hot in ihę extreme ; this tract called Kermesir * , and compared by Niebuhr to the Tchama of Arabia , a specific term ...
Pagina 302
On the days immediately preceding the first decade of the first month , called Hecatombaion , in allusion to the numerous sacrifices by which it was distinguished , the Athenians from the wards in the city , and the districts in the ...
Pagina 322
C. 20. which made it felony without benefit of clergy to be seen for one month in the company of persons who call themselves , or are called , Egyptians , is repealed by the statute 23 Geo . 3. cap . 51 . The Riot act 1 Geo . 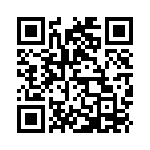