The Broadview edition brings together both of Walpole's formative works of gothic literature from the late 18th century. Both are fairly quick reads. For the modern reader, Walpole's stories may seem ... Volledige review lezen

If you are a fan of the gothic novel you must read this. Written by Horace Walpole this is the first and original gothic novel in English. Walpole was obsessed with all things Gothic and even built ... Volledige review lezen

Frederick S. Frank is Professor Emeritus of English, Allegheny College, Meadville, PA. His books include The First Gothics: A Critical Guide to the English Gothic Novel (Garland, 1987) and The Poe Encyclopedia (Greenwood, 1997). 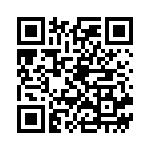